An Introduction to Sake

Sake is a rice brewed beverage predominantly made in Japan but made in many other countries like Canada, Norway, Korea and the US.

Sake has been around for over 2000 years, steaming from rice cultivation techniques along China’s Yangtze river.

There are four main ingredients that go into making premium sake. The first is rice. The majority of premium sake is made with rice known as ‘sakamai’. There are close to 100 different strains of sakamai used today for making sake. 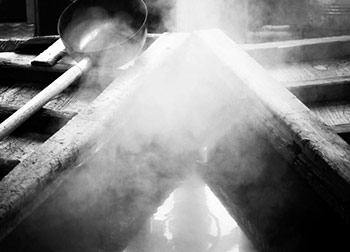 Sakamai is different than ordinary table rice. It possesses a higher starch content and is generally a larger grain. One of the most important attributes of sakamai is the starch heart (aka ‘shimpaku’) that forms as the rice develops. The starch forms in the centre, and the fats and proteins form a husk around this. The grading of premium sake is determined by how much of this outside husk is milled — or polished — away.

The second ingredient to making good sake is water. 80% of a bottle of sake is comprised of water. The right formula of minerals is important to encouraging fermentation and consequently the quality of the sake.

Koji-kin is used to break down the rice starches into sugars. These mild spores also provide amino acids and body to sake. Koji-kin is also used in the production of miso, soy sauce and shochu.

Yeast is another key ingredient to sake making. It converts the sugar into alcohol. Different yeast strains are used to produce different aromas and to marry with the other ingredients used. 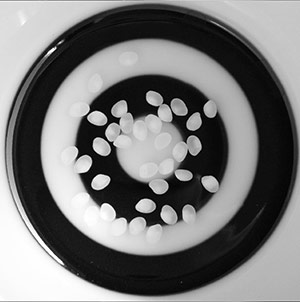 Sake Grades are determined by the percentage that has been milled away from each grain of rice. The more you mill away, the higher the grade! On a bottle of sake, the percentage you see is what is left of each grain after milling. This is called the ‘seimai buai’.

Sake can be served up in virtually any vessel, from a tiny ochoko ceramic cup to the wine glasses you find in your cupboard.

The same goes for the temperature you enjoy it at. Many sakes are great chilled but can also be served warm.

Knowing the terminology used to describe sake will help you
identify and explore the world of sake.