On Thursday, May 28, the SIO celebrated its fourth annual sake matsuri (festival) in Toronto’s historic Distillery District.  Kampai Toronto had over 170 sakes available for tasting, many sake brewery representatives and educators from Japan and all over North America.  In addition, there was great food from some of Toronto’s top restaurants and a Trade & Media afternoon complete with an educational seminar that included visits from the Consul General of Japan, the Director of the Japan External Trade Organization (JETRO) and the Japanese Ambassador to Canada.  Over 800 sake enthusiasts attended the trade & media session, VIP tasting and the main event.  A very big thank you to everyone for making Kampai Toronto 2015 the largest and most successful sake event in Canada to date!

This year’s educational component at Kampai Toronto was an educational seminar held for trade and media.   It consisted of opening remarks by Consul General Yasunori Nakayama, a speech by Mr. Kazuo Nakamura, the Executive Director of JETRO Toronto, an educational seminar on sake by the SIO’s Vice President of Education and Knowledge, Michael Tremblay, a seminar on sake’s evolution in North America by Sake Samurai Chizuko Niikawa-Helton, and concluding remarks by His Excellency Kenjiro Monji, the Ambassador of Japan to Canada.  The seminar was attended by over 65 people keen to learn about sake.  After the seminar, the main space was open for sake tasting where brewery representatives and sake educators from Canada, America and Japan were on hand to answer questions and talk about sake. 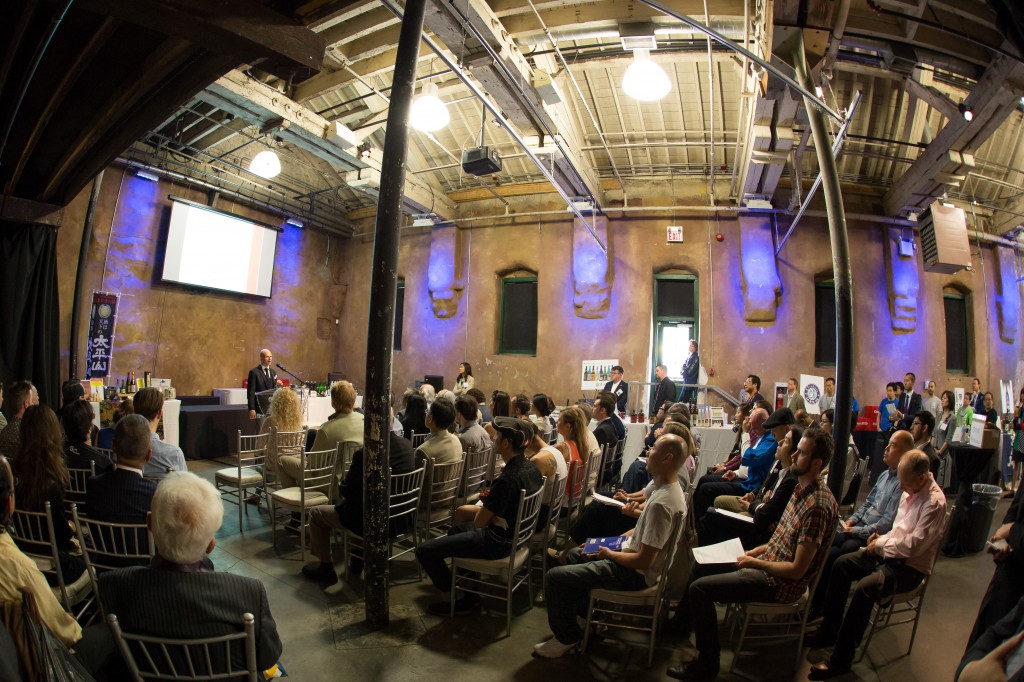 The sake seminar primed over 65 attendees for the 2 hours of sake tasting to follow. 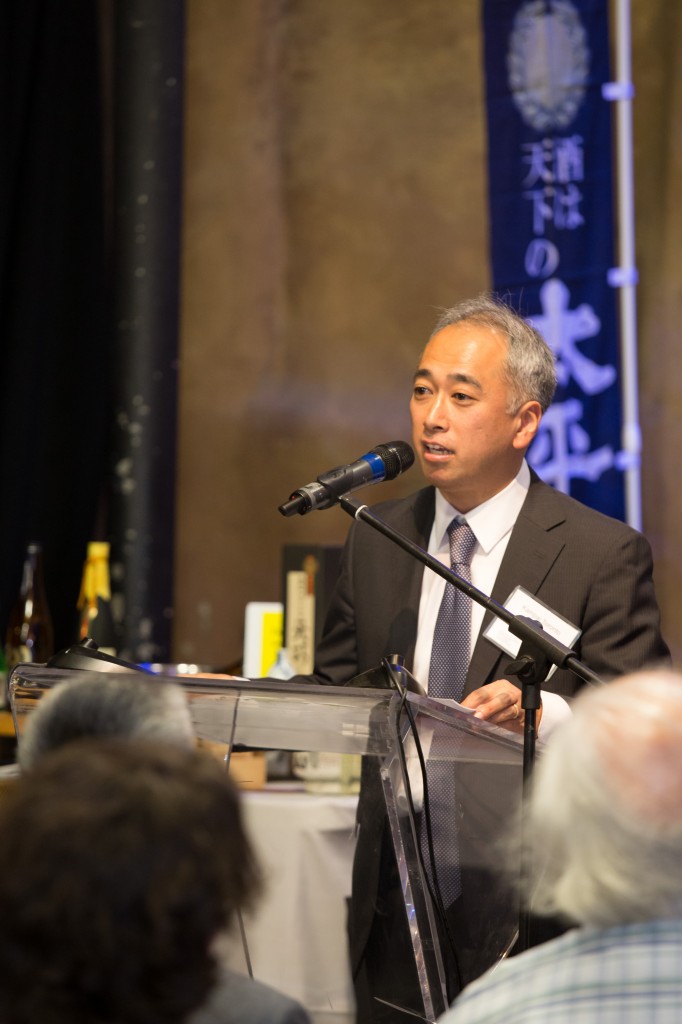 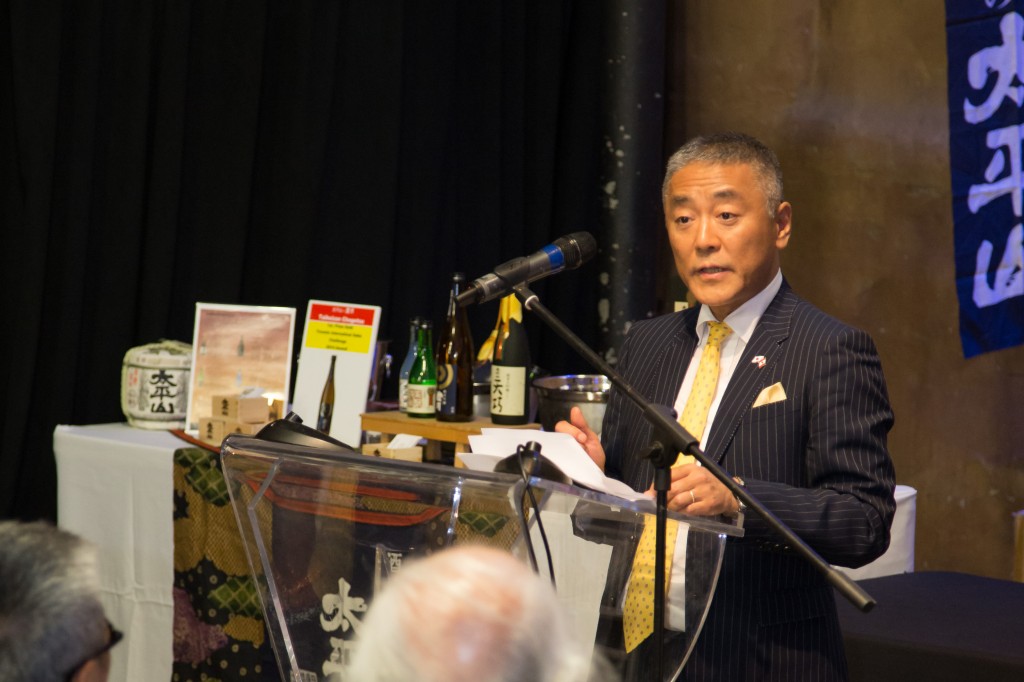 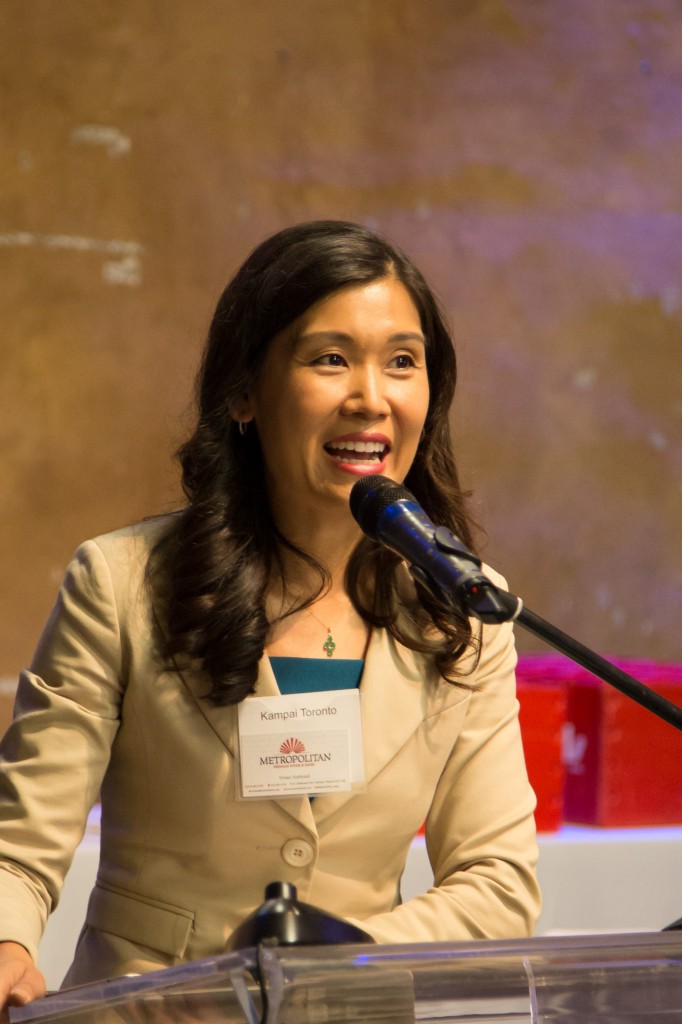 Vivian Hatherell, President of the Sake Institute of Ontario.

Michael Tremblay, Vice President of Education and Knowledge of the Sake Institute of Ontario. 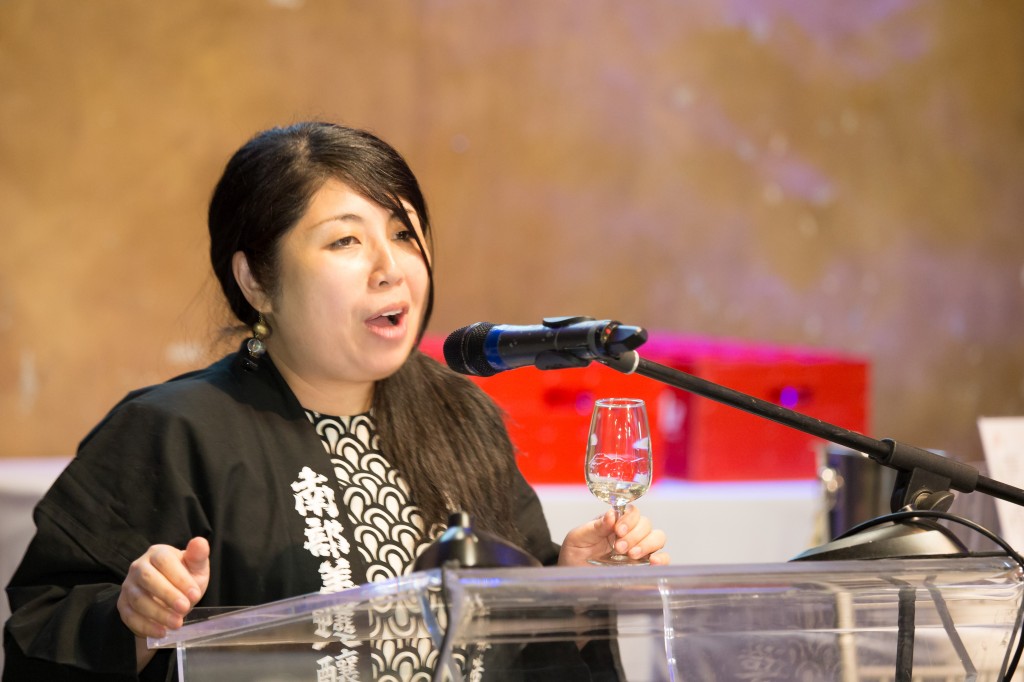 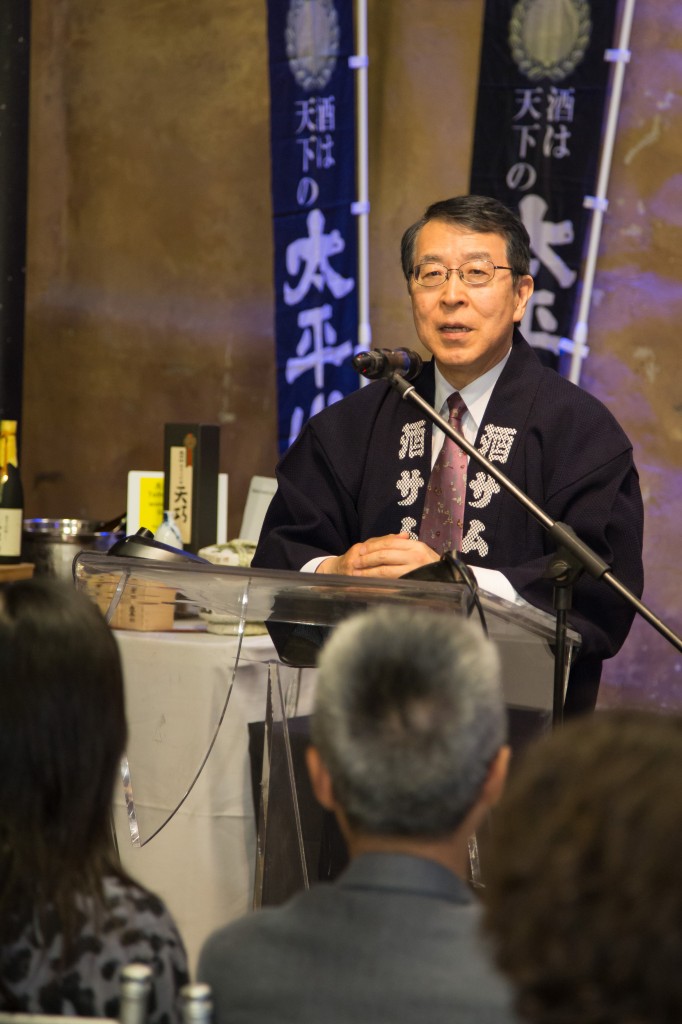 His Excellency Kenjiro Monji, Ambassador of Japan to Canada and also a Sake Samurai!

VIP ticket holders were provided with advanced entry into Kampai Toronto where they enjoyed dishes provided by Kasa Moto, gift bags full of sake-related goodies, and many opportunities for one-on-one tastings with brewers and sake educators.  In addition, each member of the SIO provided a ‘special’ sake for VIP tasting! 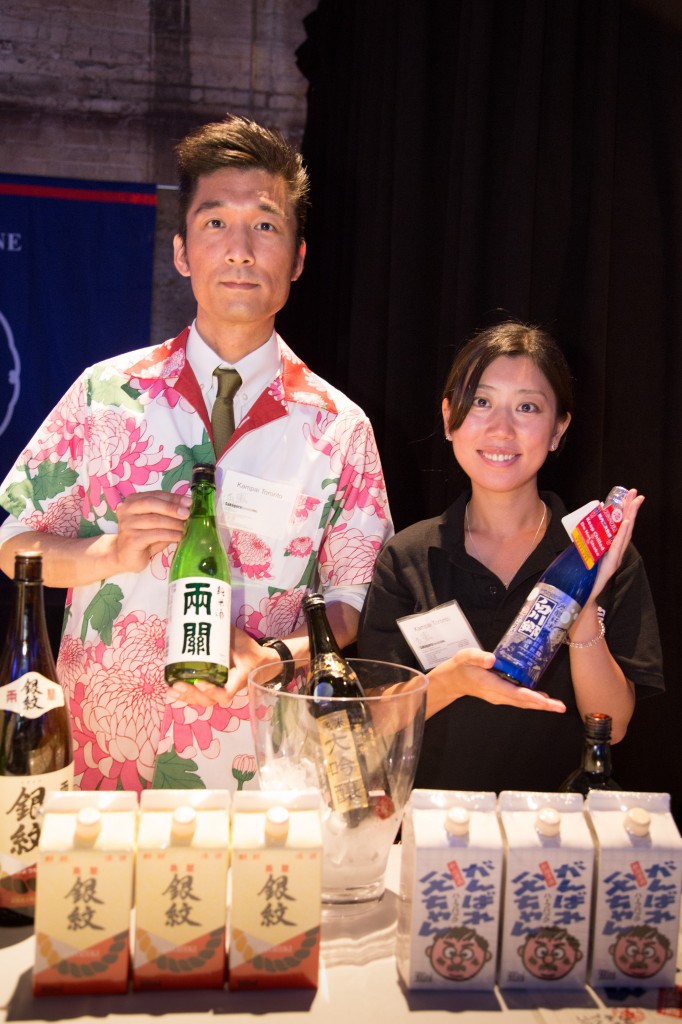 The team at Sakagura Canada, ready to pour at the VIP session. 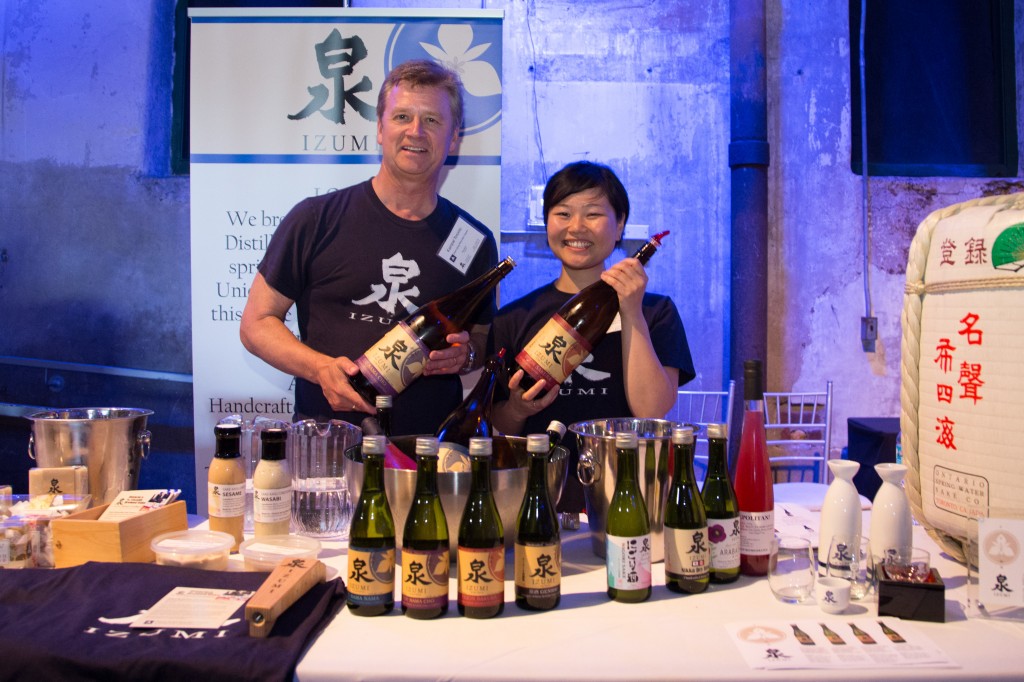 The team at the Ontario Spring Water Sake Company, ready to pour some of their fresh-pressed namazake. 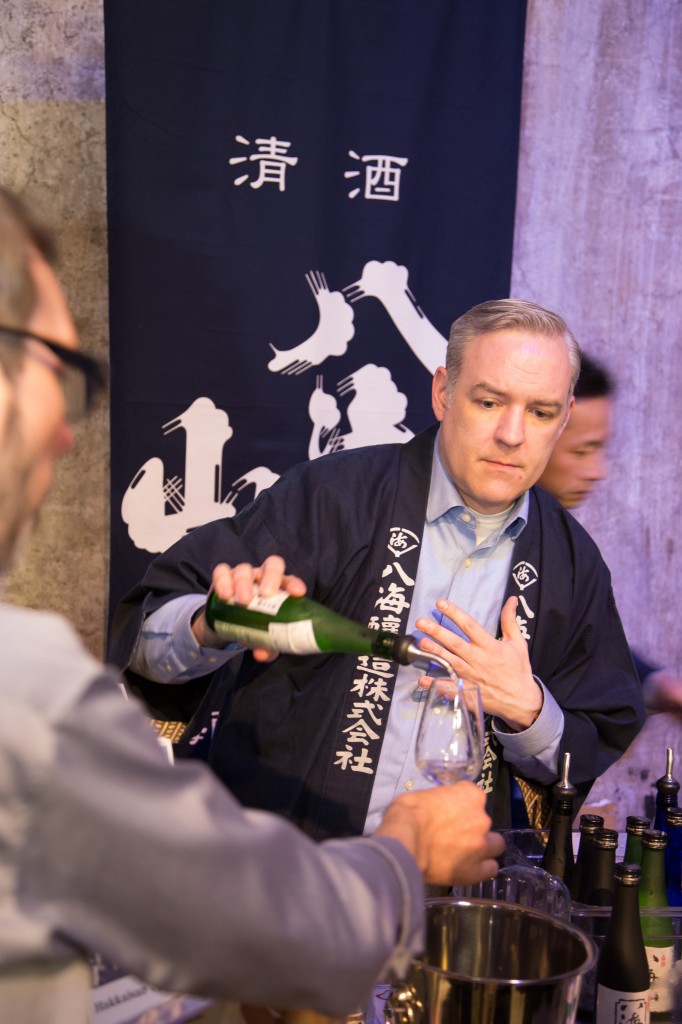 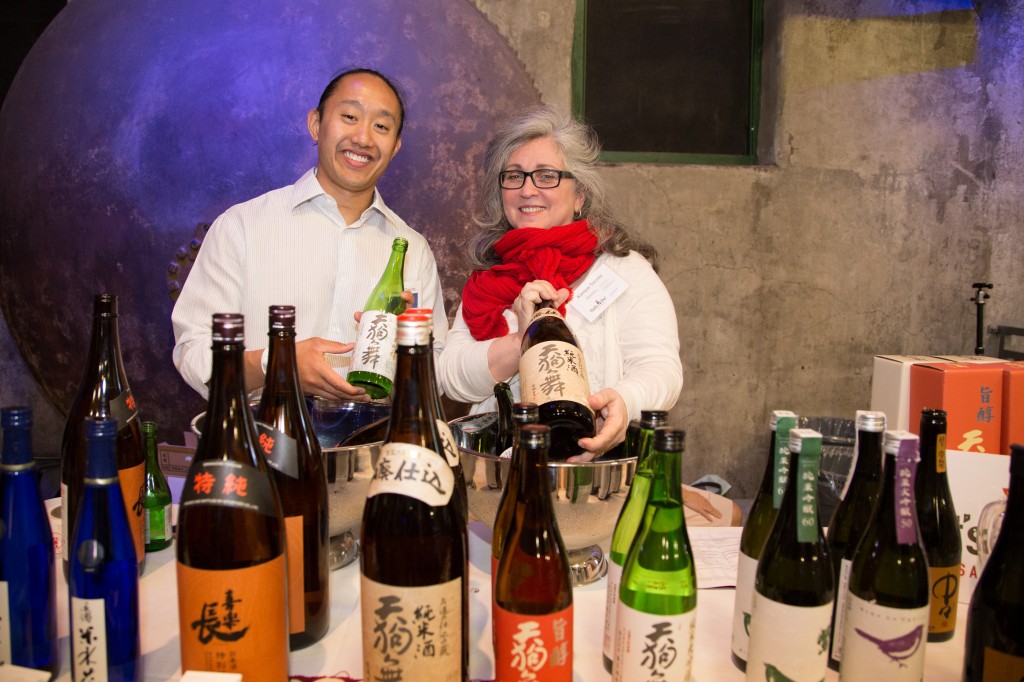 The team from That’s Life Gourmet were ready to pour a fine selection of sake. 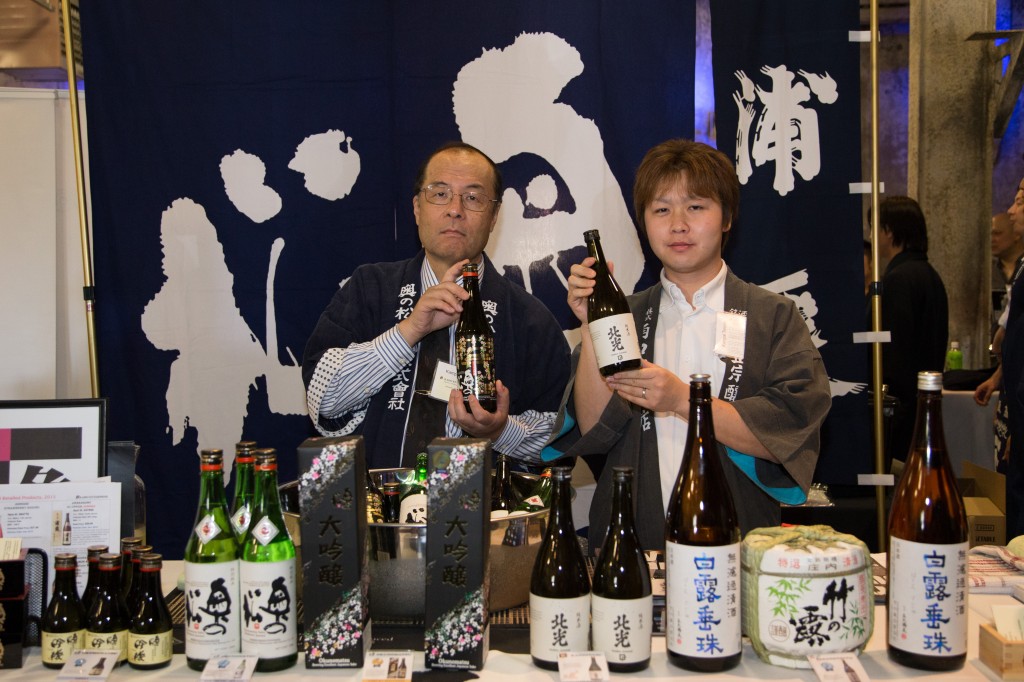 The team at Kado Enterprises were ready to pour! 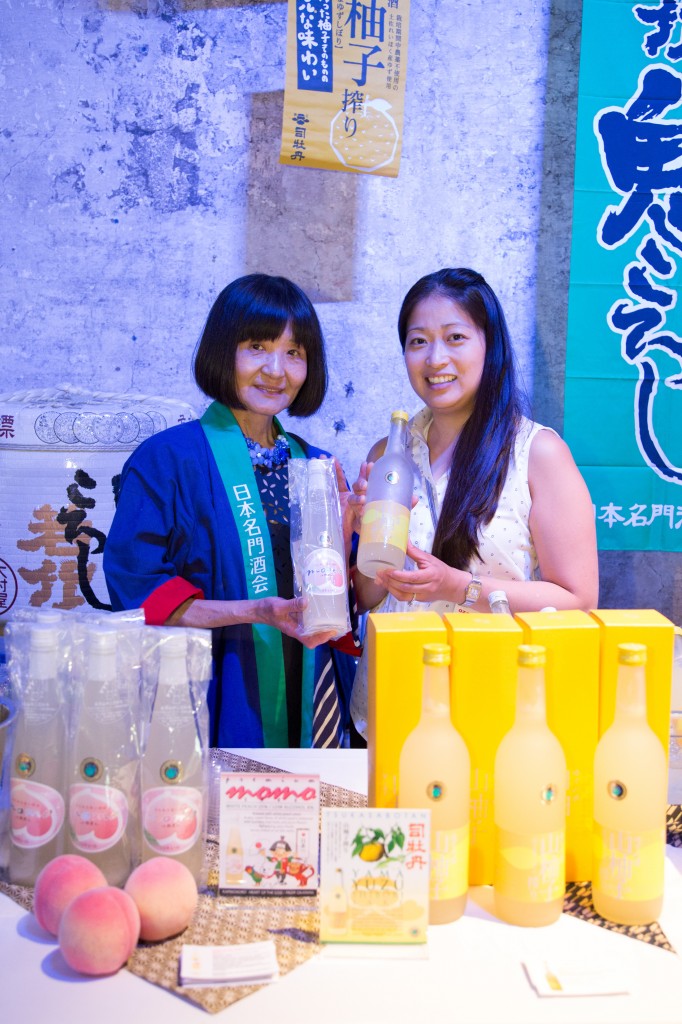 The team from Ozawa Canada and Japan Prestige Sake Association were excited to talk sake!

With over 170 sakes and delicious dishes from 12 participating restaurants from Toronto on hand, the huge crowd was sure to enjoy the festivities — and they did! 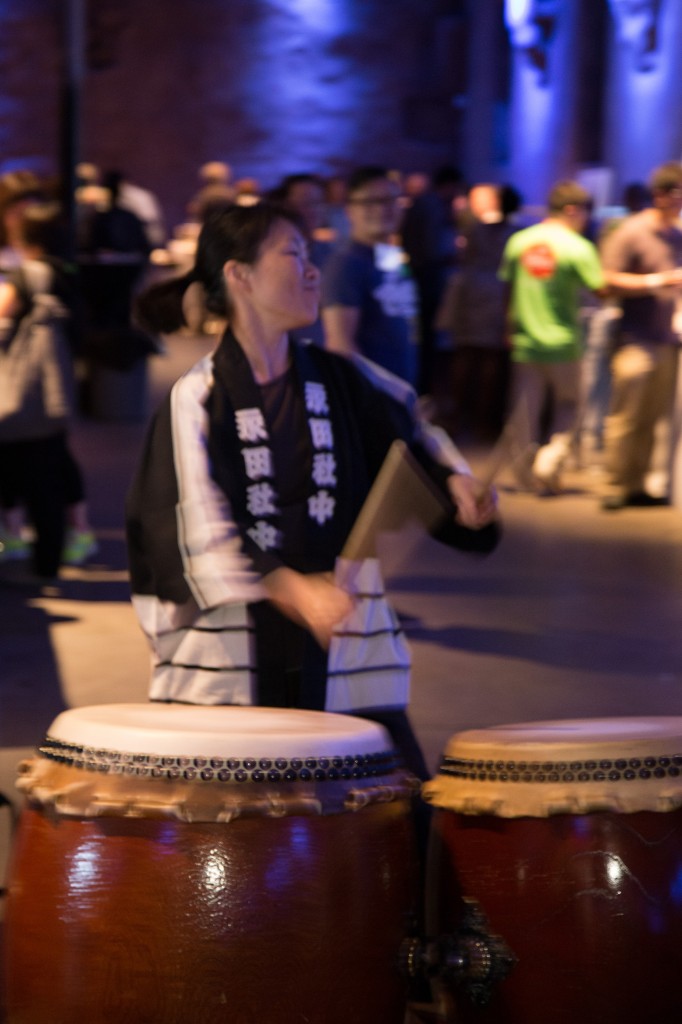 In keeping with tradition from the past 3 years, taiko drums began the main event once again this year. 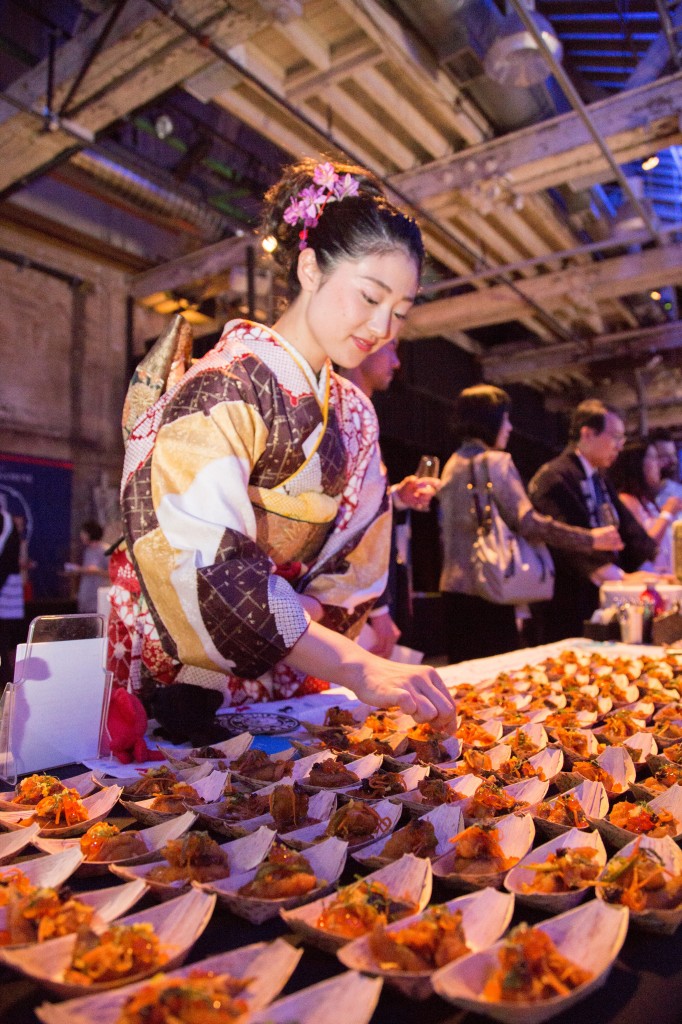 The food at Kampai 2015 was designed to complement the myriad of flavours and styles of sake on hand. 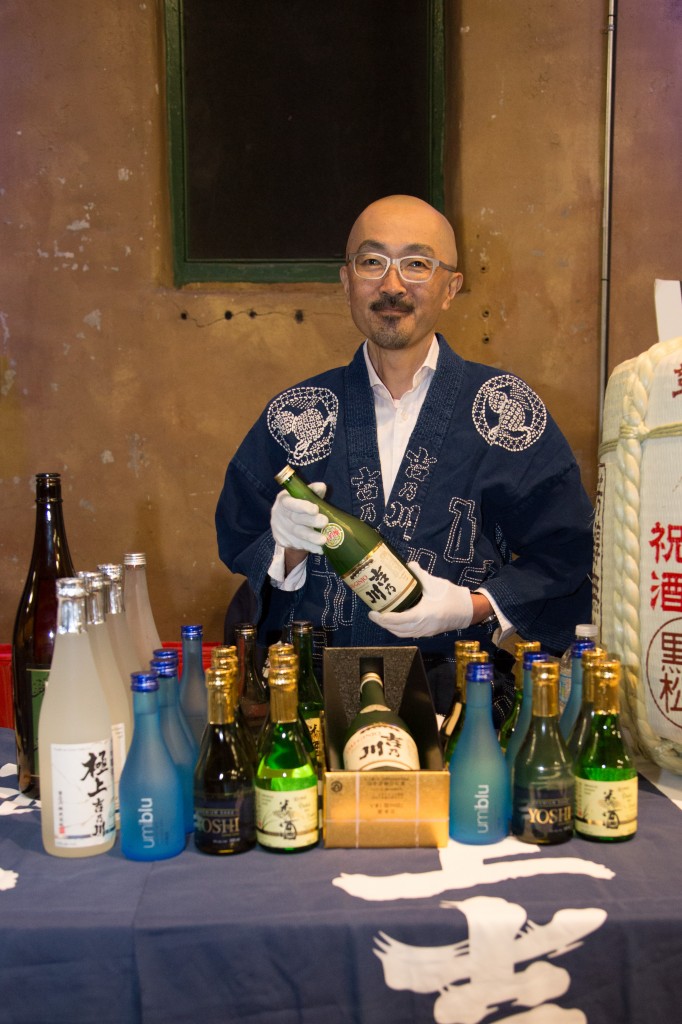 Mr. Kawakami, President of Niigata’s Yoshi no Gawa brewery was on hand pouring for his 4th Kampai event! 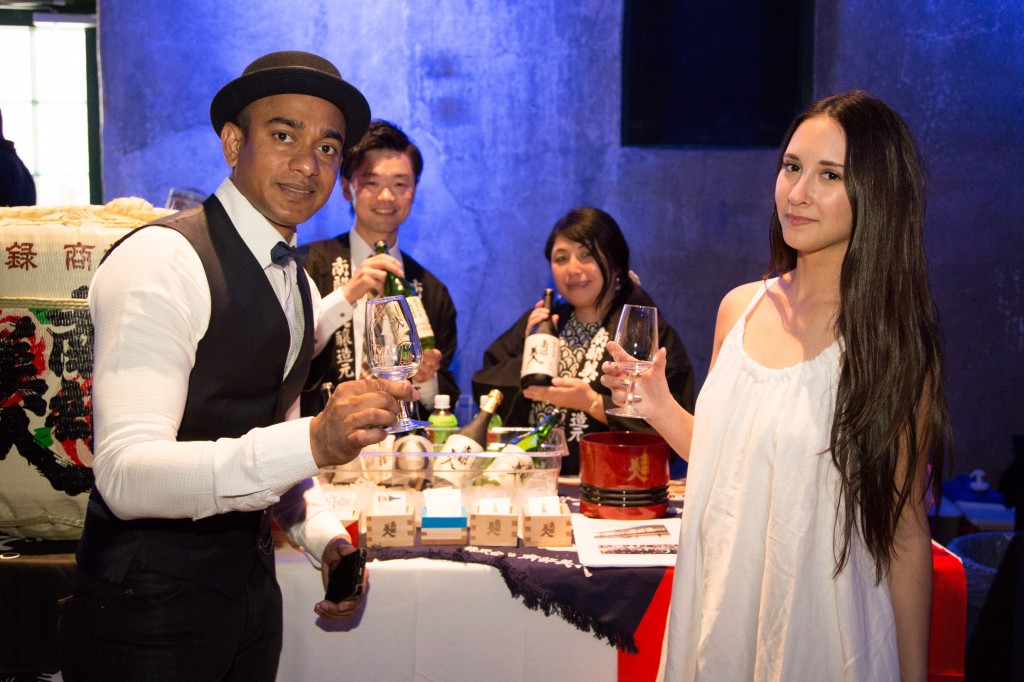 Sake isn’t just great on its own but in cocktails! Some of Toronto’s top mixologists were at Kampai to show off delicious sake-inspired cocktails. 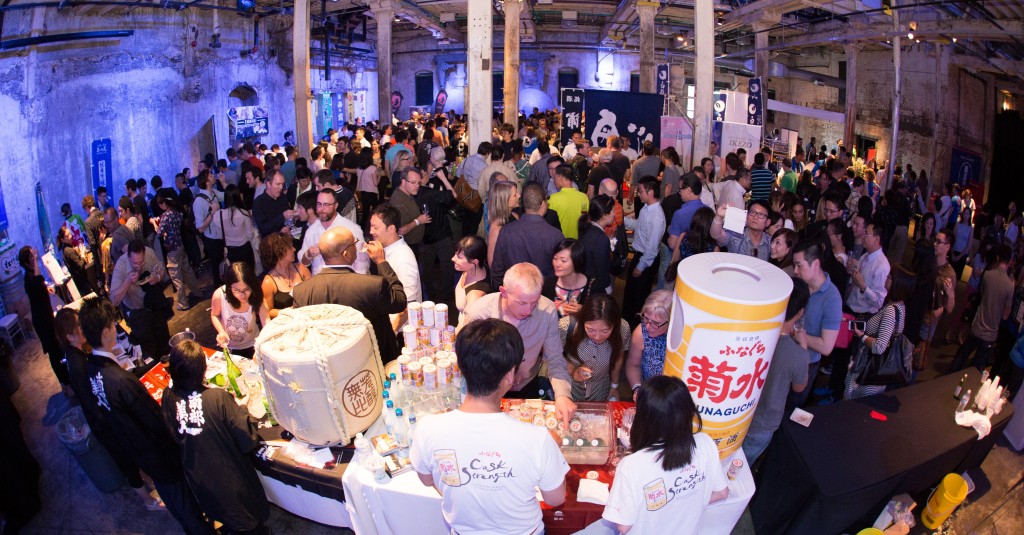 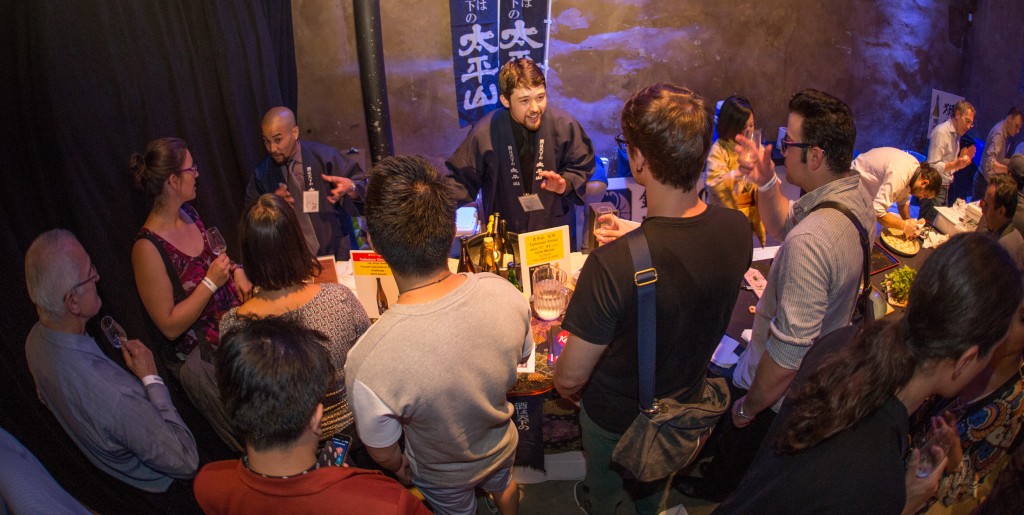 The Kimura Enterprises table had many tasters wanting to learn more about sake. 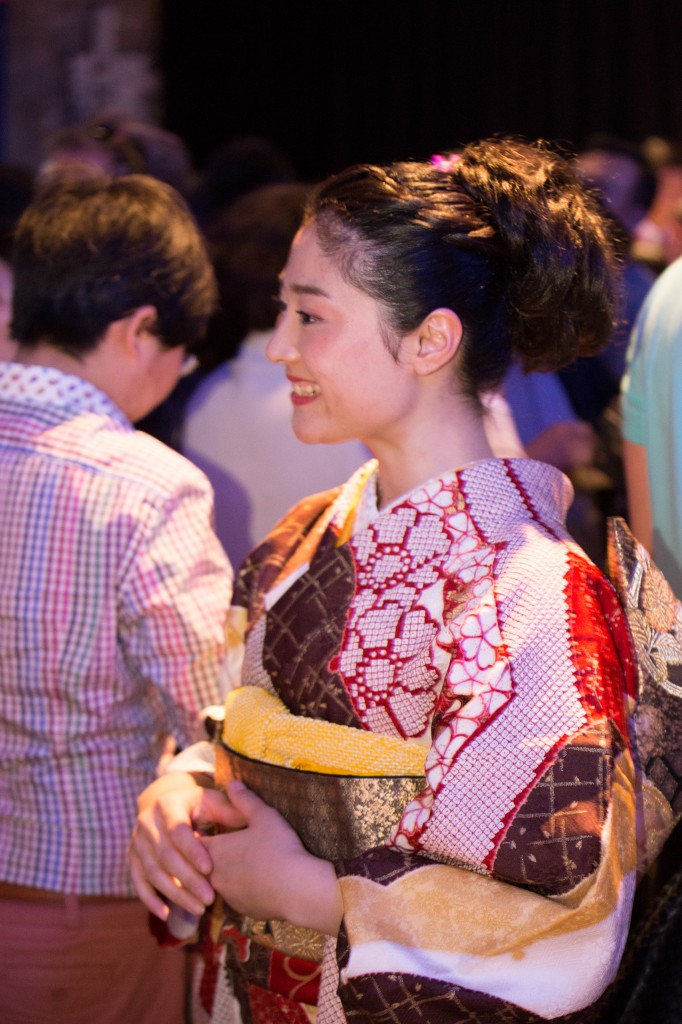 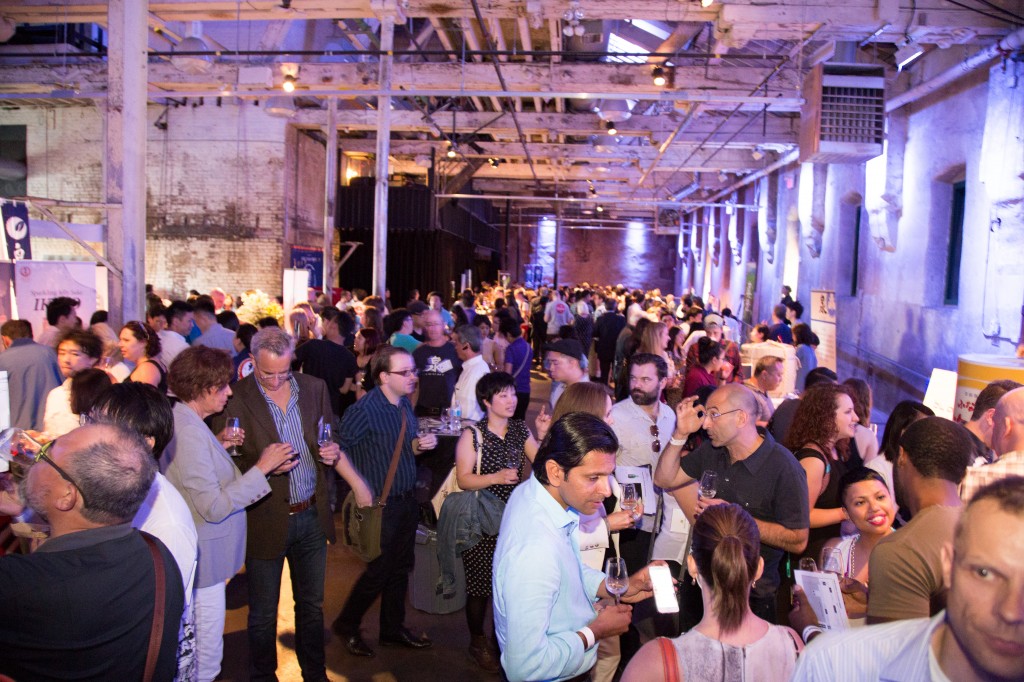 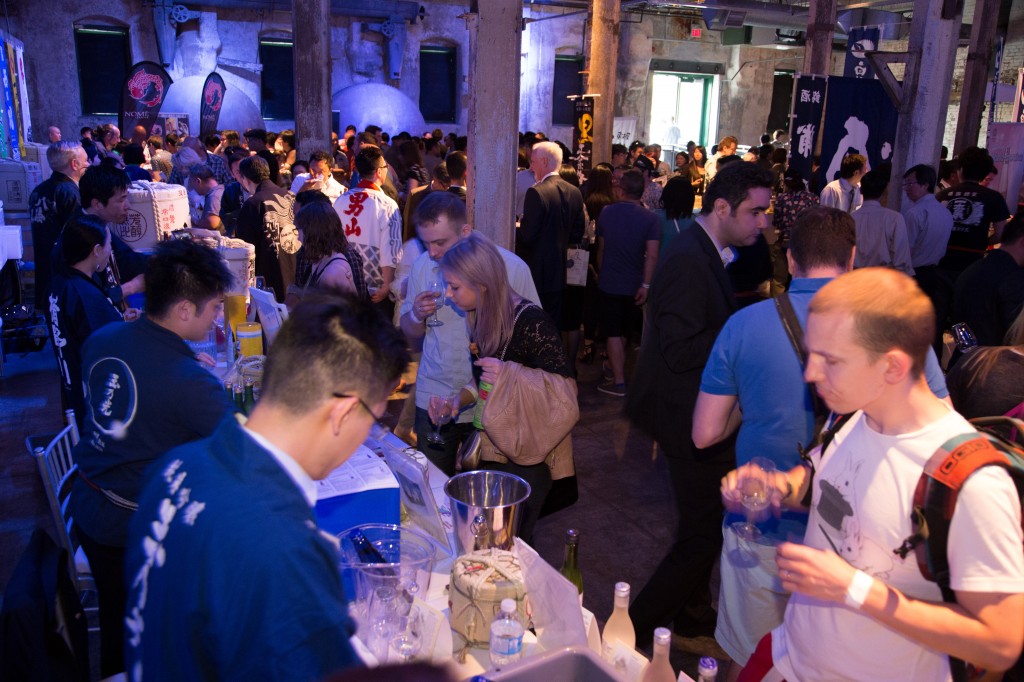 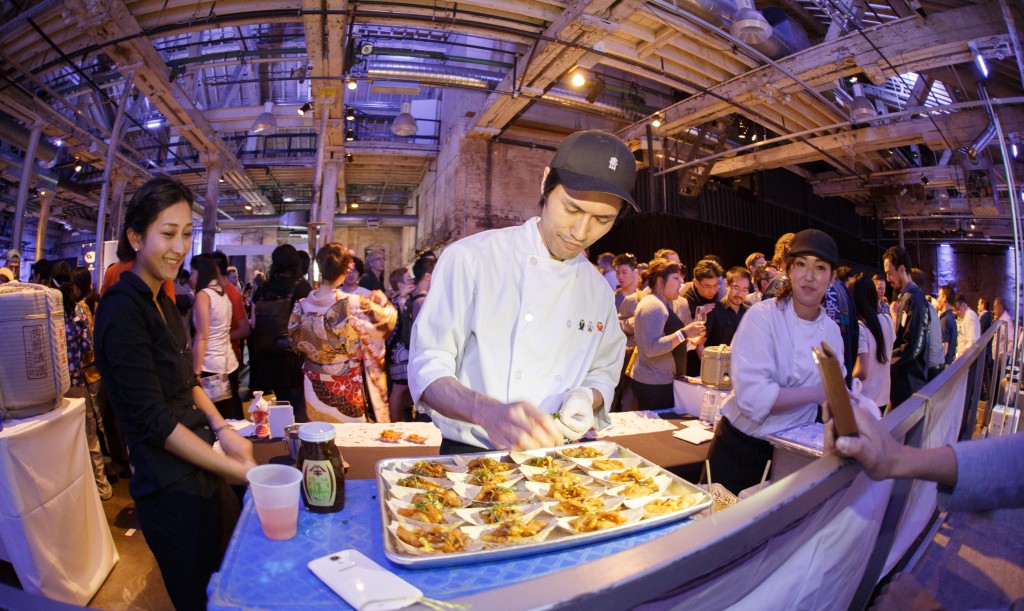 A sampling of some of the delicious food.

We hope to see you all next year!  Stay tuned and subscribe for upcoming sake events!  Kampai!

← April Sake Events in Toronto The Latest Vintages Release is Out…and it Will Have Everyone Sipping on Sake! →